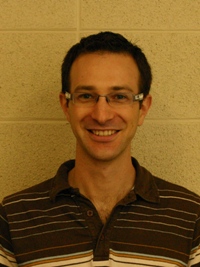 David Lafrenière was the first to join the astrophysics group at the UdeM in June 2011. David obtained his PhD from the UdeM in 2007 under the supervision of Professor René Doyon, also director of the Observatoire du Mont-Mégantic. Following his PhD, David was a post-doctoral fellow at the University of Toronto. He specializes in the study of exoplanets, planets located outside our own Solar System. In 2008, he was the first person to obtain the direct image of an exoplanet. Furthermore, using a novel technique developed during his PhD, David Lafrenière, Christian Marois and prof. Doyon, obtained the first direct image of a planetary system of three planets. With this discovery, the three researchers were named “Scientists of the year”. David will continue his work on exoplanets, and infrared and visible instrumentation. 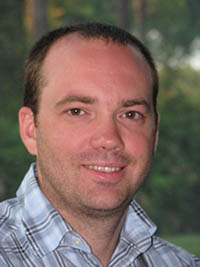 Patrick Dufour just started a position of assistant professor at the physics department of UdeM. He obtained his PhD from the UdeM in 2007 under the supervision of Professor Pierre Bergeron, also director of the CRAQ. Following his PhD, Patrick was a post-doctoral fellow at the University of Arizona. After that, he declined the prestigious Hubble Fellowship to accept the post-doctoral fellowship of the CRAQ at the UdeM. Patrick specialized in the modeling of white dwarf atmospheres. He gained notoriety in astrophysics from his discovery of a new type of white dwarf stars, which surface composition is dominated by carbon. He also works on the study of white dwarfs swallowing planetary bodies, allowing for an analysis of the chemical composition of the later.

The CRAQ welcomes the two new professors and congratulates them for their new positions.